What to Expect in the Next-Generation GMC Acadia

The current generation GMC Acadia is a top choice for many drivers who want an upscale SUV that will fit their family. The latest Acadia arrived in 2016 as a 2017 model, but a new generation is coming for the 2024 model year with some fantastic updates. Take a look at what we can expect in the next-generation GMC Acadia.

When the second-generation GMC Acadia debuted in 2016, it was smaller than the first generation. When the third generation arrives, it will grow back into a more spacious three-row SUV and fit into the full-size market instead of the mid-size market.

The new GMC Acadia should ride on a new version of GM’s C1 Platform called the C1-2. Vehicles such as the Buick Enclave and Chevy Traverse currently ride on the C1 platform.

One of the most exciting updates for the next-generation GMC Acadia will be the availability of GM’s Super Cruise hands-free driving technology. This semi-autonomous driving system allows drivers to let the vehicle take over most of the driving on certain highways across the country.

The Level 2 autonomous technology works as a driver assistance feature instead of a fully autonomous system. It uses cameras, LiDar mapping, radar, and GPS to steer and brake the vehicle when driving on designated highways. It uses full-speed adaptive cruise control and a lane-centering assist system to keep the GMC Acadia in its lane of travel and moving with the flow of traffic.

GMC has not released information about what will power the next generation Acadia. It currently uses either a 2.0-liter turbo four-cylinder gas engine with 228 horsepower or a 3.6-liter V-6 that puts out 310 horsepower. 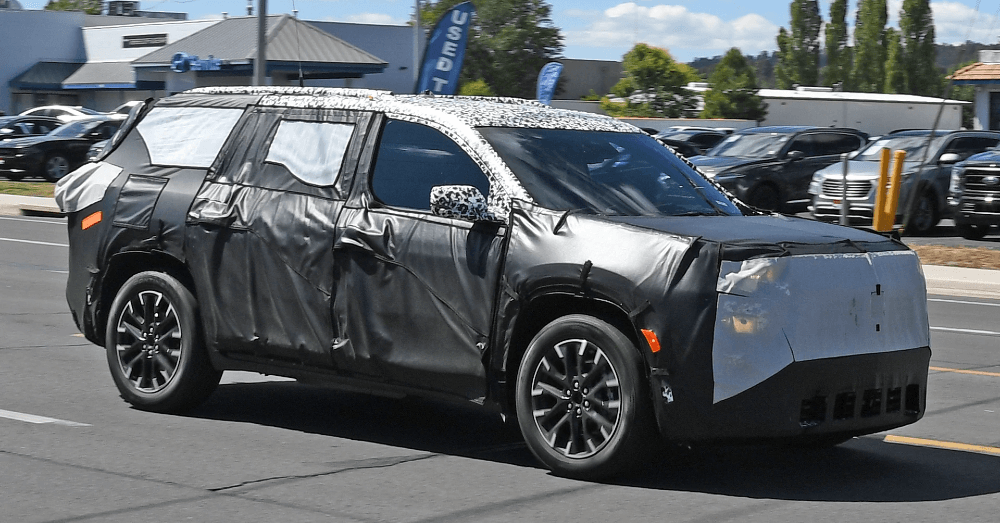 Some people are hoping for a modified version of the 2.7-liter four-cylinder engine found under the hood of the new Canyon and Colorado pickup trucks. We’ll just have to wait and see. If the Acadia does get this engine, expect it to generate up to 310 horsepower, depending on how it’s tuned.

A Sneak Peek Inside the new GMC Acadia

While GMC hasn’t announced any information about what we will see inside the new Acadia, a sneak peek inside revealed a large digital instrument cluster in front of the driver’s seat and an updated center touchscreen display in the center of the dashboard. As for the rest of the interior, we will have to wait until more information comes from GMC to get a better idea of what updates will come in this new version of the Acadia.

So, When Will We See the Next Generation GMC Acadia?

The next-generation GMC Acadia is expected to arrive sometime in 2024, but it is not clear yet if it will be a 2024 or 2025 model-year SUV. Some data shows that production of the 2023 Acadia has stopped, so many experts are leaning toward a 2024 model.

2024 GMC Acadia3-Row SUVgmcgmc suvSUVs
Prev post Does the McLaren Artura Bring the Heat?
Next post Looking for a Used SUV in 2023? Check Out the 5 Best and Worst SUVs from 2022