TRD stands for Toyota Racing Development and is essentially Toyota’s in-house tuning shop. TRD makes performance parts for numerous Toyota vehicles worldwide, and they’re involved in motorsports, including NASCAR, off-road racing, and more. Some models in the Toyota lineup get the TRD trim treatment–that is, a dedicated TRD for top performance. Let’s take a look at the lineup for 2023.

For 2023, Toyota offers TRD versions of the medium-sized Tacoma and the full-size Tundra trucks. The Tacoma comes in three versions: TRD Sport, TRD Pro, and TRD Off-Road. As you might imagine, the Sport version is more performance-oriented for on-road applications, while the TRD Off-Road is outfitted for advanced off-road action. This version includes multiple-terrain traction control settings and crawl control. The TRD Pro adds even more off-road features, including Fox internal bypass shocks, a thicker front plate, and all-terrain tires. The other Toyota truck with a TRD trim is the Toyota Tundra. Like the Tacoma, the Toyota Tundra TRD trims start with the TRD Sport and TRD Off-Road. The Tundra also offers a TRD Pro version and it comes with LED headlights, fog lights, and dual chrome-tipped exhaust. The Toyota Tundra TRD Pro is the top choice for a versatile and rugged performance truck among the Tundra trims. 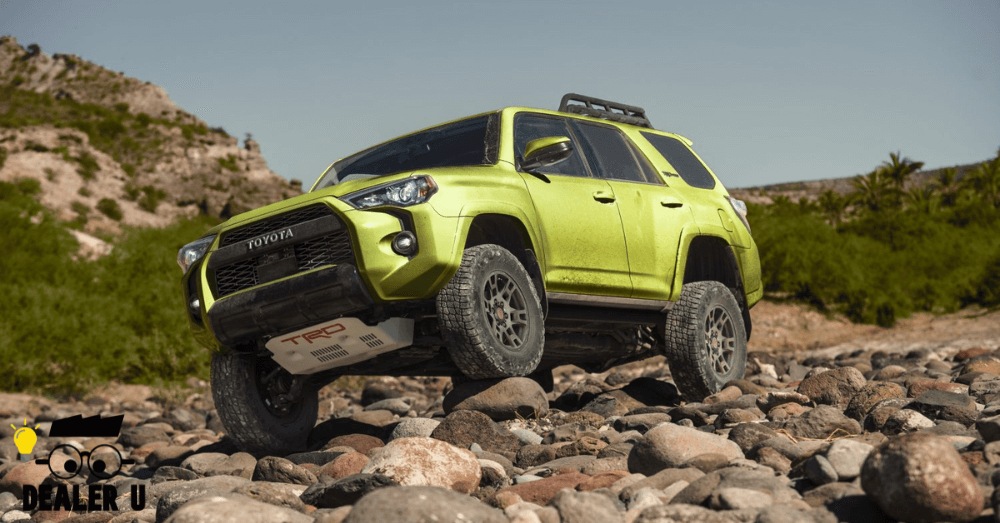 Like the Tacoma, the mid-size Toyota 4Runner comes in three TRD trims, including the TRD Off-Road, TRD Off-Road Premium, and TRD Pro. Each trim comes with additional off-road equipment to further enhance the 4Runner’s already formidable chops in this area. Some extra equipment includes LED taillights, SofTex seats, and projector headlights. The Toyota RAV4 is Toyota’s smaller SUV and it also comes in a TRD trim. Some extra equipment on this SUV includes off-road tires, 18-inch alloy wheels, and a unique AWD system with torque vectoring. The final model in the TRD lineup for Toyota SUVs is the Sequoia TRD. This large SUV comes with sport-tuned sway bars, a dynamic suspension system, bold LED headlights, and a chrome grille with gloss-black inserts. 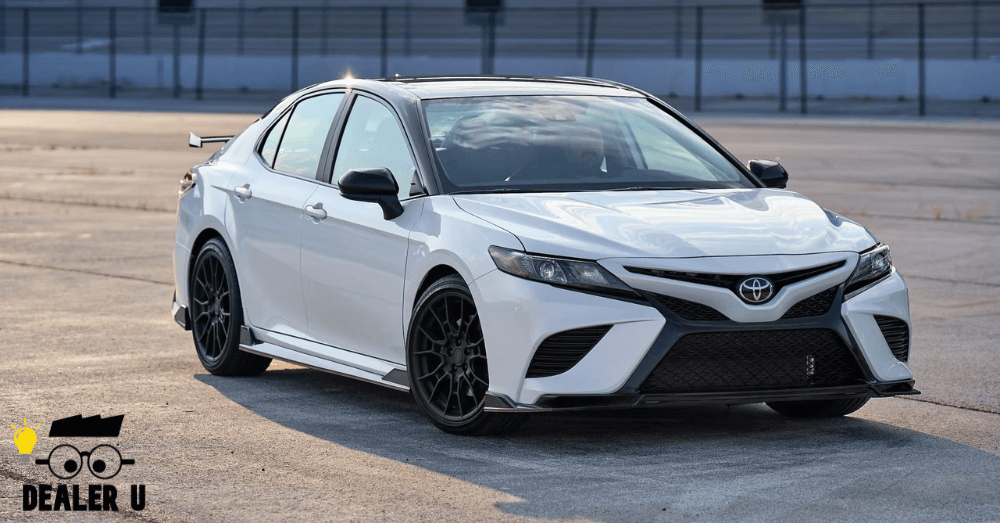 Toyota previously offered two TRD car models in the Avalon and Camry, but the Avalon was discontinued for 2023. That leaves the Camry TRD model as the sole TRD car in Toyota’s lineup. The TRD Camry turns the family sedan into a performance model with 19-inch painted wheels, upgraded brakes, and a 3.5-liter V6. Other equipment includes a TRD-tuned suspension, performance tires, advanced cruise control, and several driving modes to enhance your on-road experience.
Whether you choose a Toyota Tundra TRD model, the Camry TRD, or the RAV4 TRD, you can be assured of getting some of the best performance equipment available in the Toyota lineup. The TRD models remain some of the very best that Toyota offers.

2024 Toyota Tacoma: Can This New Tacoma Retake Its Throne?