Even though the Ford Mustang first hit the road in 1964, it wasn’t until the 1969 editions came out that this car became a household name. With plenty of competition out there for fast muscle cars, Ford leaned into its ambition and went for gold.

To help this new model stand out, Ford had to increase the size of its Mustang. Shoppers also noticed updates like an updated grille, extra headlamps, and new reverse exhaust side trim. The standard model coupes and convertibles were well received, but the various special editions are what made the Ford Mustang earn its fame. 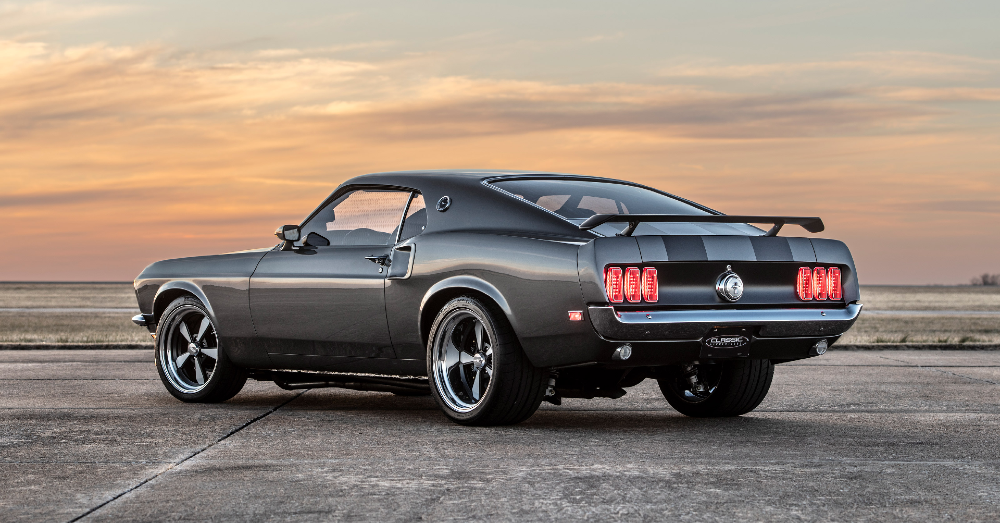 The Ford Mustang Mach I debuted in 1969. It was similar to the GT model made available the same year but offered a more upscale interior and unique stripes. This beast could be equipped with two different V8 engines that topped the performance charts.

Drivers loved the high-back bucket seats, front spoiler, and blacked-out hood treatments. They could also opt to add a rear spoiler and window louvers for an extra sporty look.

One of the most distinguishing features of the Grande was the Rim Blow steering wheel. Drivers could honk the horn by simply squeezing the wheel.

There were only 1,628 Mustang Boss models built for 1969. The idea was to take the standard 203 engine and turn it into a Trans-Am racing powertrain. This Mustang came in a fastback body with a blacked-out hood and trunk lid. For an extra sporty feel, shoppers could add a rear spoiler and window louvers.

If you were looking for the most massive engine Ford could offer, the Boss 429 was the Mustang for you. Ford was attempting to qualify for NASCAR, which required at least 500 models to be sold to the public. The result was a streetcar that was strong enough to compete on the track.

The Boss 429 came with a Hemi V8 engine that could produce up to 500 hp when properly customized. This engine was so big that Ford had to modify the regular suspension and move the battery to the car’s trunk.

The Mustang Shelby GT350 and GT500 came from Ford’s third attempt and redesigning the Mustang. Mustang fans noticed scoops near the wheels, a fiberglass spoiler, a chrome steel bumper, and other stylish additions.

Boss 302Boss 429FordGrandeMach IMustangShelbyV8
Prev post GMC Hummer EV Is An Electrifying Driving Experience
Next post Should You Buy a Chevrolet Corvette Now or Wait for the 2023 Model?