Is there a reason we see more SUVs on the road? Could these vehicles be among the highest average car mileage vehicles every year?

On average, vehicles in the United States that are ten years old drive for 11,987 miles. That’s a little under 1,000 miles per month, which makes sense. That might be the average for most vehicles on the road, but the SUVs that are driven the most exceed this number. In fact, ten out of the top thirteen most-driven vehicles are SUVs.

Which SUVs do We See On the Road Most Often? 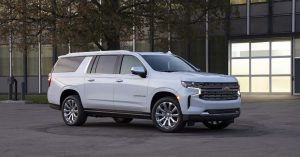 One of the biggest and most cumbersome vehicles to drive is also the one that tops the list. The Chevrolet Suburban clocks an average of 14,862 miles every year, according to iSeeCars. That is 24 percent above the national average, making it the vehicle that drives the most. Can you blame owners for driving this SUV all the time? The cargo room, extra seating, and impressive power make it a vehicle worth driving wherever you need to go. 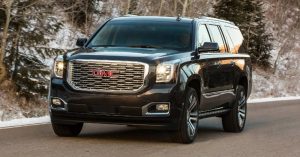 Hmm, is there a relationship between the two vehicles with the highest average car mileage? Yes, there certainly is. The GMC Yukon XL is the extended version of the Yukon, and it shares a platform with the Suburban. The average mileage for the Yukon XL comes in at 14,708 miles per year. This is 22.7 percent higher than the national average. Those driving this massive upscale SUV certainly find a way to log the miles and use this big vehicle for its intended purpose. 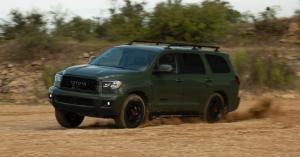 It shouldn’t come as any surprise that a reliable and impressive Toyota would be in the top part of this list. The full-size Toyota Sequoia SUV is an excellent choice when you want three rows of seats and comfortable driving manners. Those driving this SUV logged an average of 14,194 miles per year, 18.4 percent above the national average. The reliability, size, and quality of this SUV make it an easy choice when it’s time to head out for an adventure as a family. The only question is the location of the next destination. 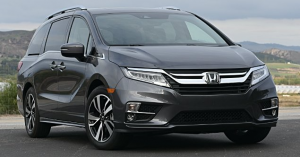 Our first non-SUV makes it to the list. The Honda Odyssey is the most popular minivan in the country, as it has been for several years. This minivan is the choice of many busy families looking for a great way to take their group out on the road. On average, Odyssey drivers travel 14,120 miles per year, reaching a level that is 17.8 percent above the national average. It’s easy to see how this Honda makes it onto the highest average car mileage list. 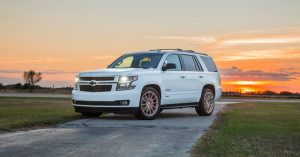 Number five on our list should not come as a surprise at all. Another full-size SUV from the GM family fits into the mix. The Chevrolet Tahoe has the same powertrains as the Suburban but has less cargo room behind the third row of seats. Tahoe owners love to take their SUVs out for a drive and typically put 14,040 miles on the odometer. That means this big Chevy drive an average of 17.1 percent more than other vehicles in the market. 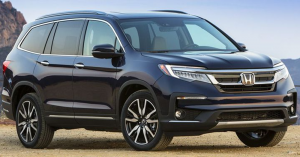 You might find this model interesting, especially in a list filled with hulking full-size SUVs. The Honda Pilot is a three-row midsize crossover SUV that is driven more than any other in its class. As a vehicle with the highest average car mileage, we see Pilot owners on the road for 13,920 miles each year. That is 16.1 percent more than the national average. The impressive fuel mileage, versatile seating/cargo area, and comfort offered by the Pilot make it an easy choice on any road. 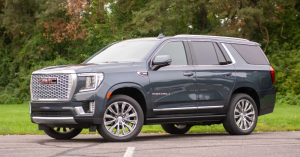 If this sounds redundant, that’s because it is. The GMC Yukon is the upscale twin of the Tahoe, giving us another GM SUV on this list. The Yukon is a pleasure to drive for most owners who take this SUV out on the roads to complete an average of 13,755 miles per year. The Yukon drives 14.7 more than the national average, giving owners the versatility, strength, comfort, and capability needed to get the job done. If you buy a Yukon, you must keep this average going; does that sound like something you could do? 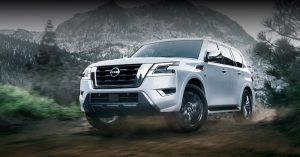 A high-quality interior meets an affordable price in this midsize three-row SUV. The Nissan Armada is the largest Nissan SUV in the market, and wouldn’t you know, it’s the most driven. As one of the vehicles on the highest average car mileage list, the Armada goes for 13,753 miles each year. This is 14.7 percent more than the national average. Get behind the wheel of this SUV, and you’ll swear it belongs in the market with luxury vehicles, not badged as a Nissan. 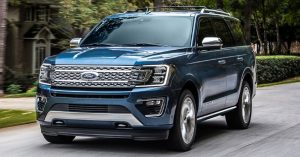 Ford has to toss their name in the ring with this list, and as expected, they do so with the Ford Expedition. This big, brash SUV completes an average of13,704 miles every year. We see this brute hauling boats, pulling big trailers, filled with kids, and just tooling around town. With 14.3 percent more miles driven every year than the average, it’s easy to see why you might find many Expedition models out on the road wherever you choose to go. 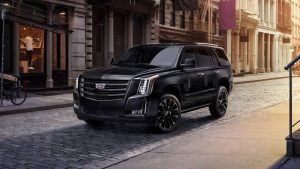 Yes, GM filled up half of this list and gave us the most vehicles that drive more miles than any others. The Cadillac Escalade ESV shares a platform with the Suburban and Yukon XL but has all of the luxury bells and whistles you expect from this name. Owners typically drive 13,615 moles in the Escalade ESV, 13.6 percent more than the national average. This is the only luxury vehicle on our list, which isn’t surprising. If you see this SUV more often than other luxury models, there’s a reason for it.

We didn’t see any trucks or cars on the highest average car mileage vehicles list. The Toyota Prius comes in the 11thspot, just missing the iSeeCars top ten. After the Prius, the Nissan Altima and Chevrolet Malibu were the next highest mileage cars in the market.

The list of pickup trucks mostly mirrored the overall average, with the Chevrolet Silverado 1500 and GMC Sierra 1500 taking the top two spots. The Toyota Tundra made it to the third spot of trucks driven the most.

Check out These 9 Easter Eggs on the 2023 Toyota Prius!

Should the New 2023 Toyota Prius Be Your Next Car?